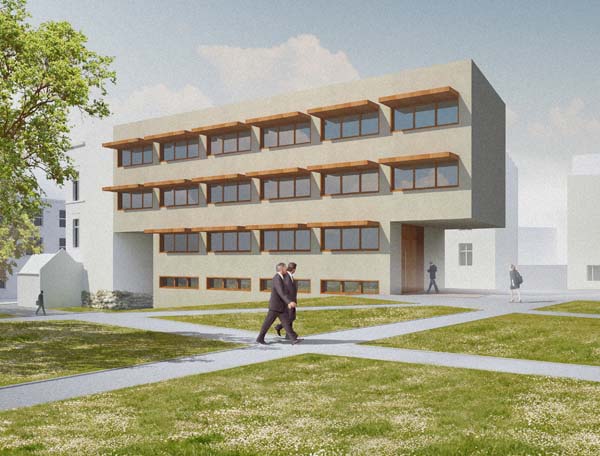 Superposition of functional and program requirements of the client, local context and masterplan regulations is reflected in the simple, but characteristic Atmoterm new office building inserted in  an urban block of Opole old town. The new building is functionally connected to the existing offices as well as to the pedestrian and traffic circulation system within the urban block in order to operate also independently. 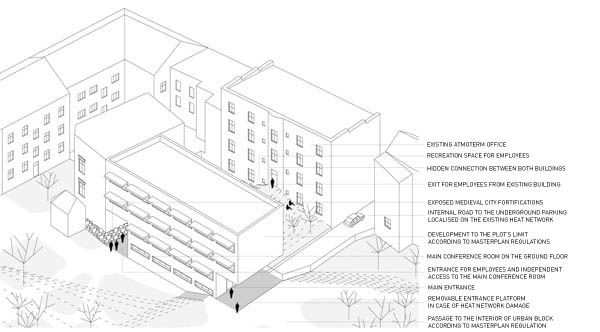 The new building is located within the plot limits in a way that it continues the layout of the developments inside the urban block, clearly defines the internal green area and at the same time doesn’t obstruct the direct sunlight to the existing offices. The cantilevered parts on both sides of the new solid creates a sheltered entrance zones but are also implicated by local planning regulations (exposition of the medieval fortification and layout of the heat network). Relating to the current and planned system of passages within the block the main entrance to the new building is designed on its north side. Secondary entrance for the employees and simultaneously an independent access to the main conference room is designed on the opposite side along an adjacent housing by taking advantage of existing topography. 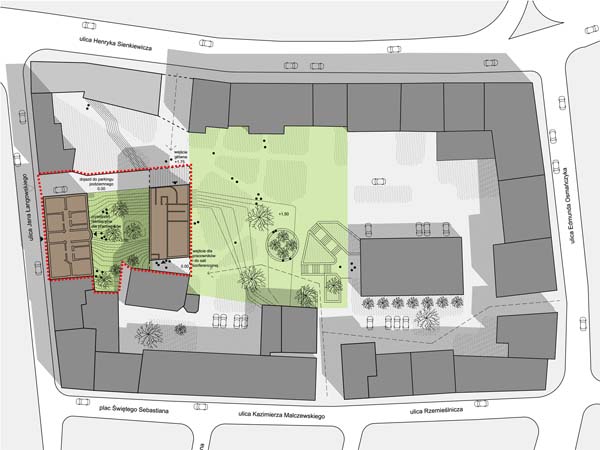 Main lobby is designed on the intermediate level in order to provide a simple and convenient access to upper levels with offices as well as to lower level with main conference room and connection to the old building. Required program is distributed on four levels. In addition on the underground level a parking for twenty car places is designed with an access from the internal road along the north-west border of the plot.
Although the typical floor plan consists of two parallel functional zones – open office space along the south-east façade and sequence of separate rooms on the opposite side, the layout allows changes in time and different arrangements on each floor according to clients requirements. 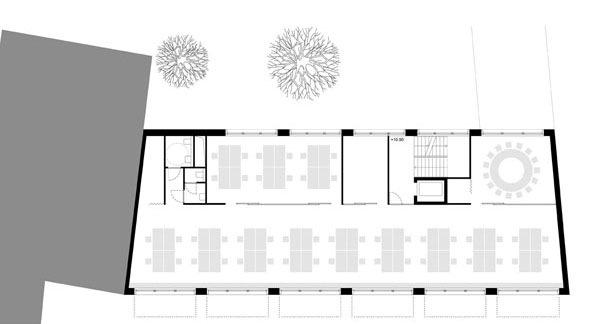 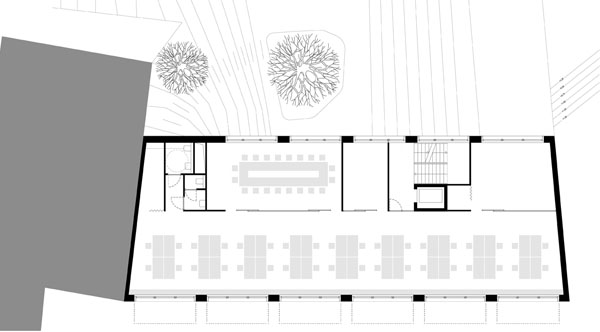 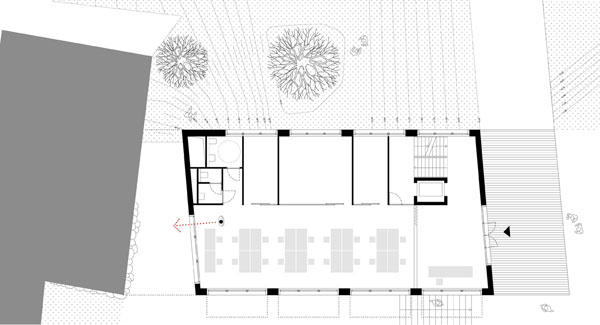 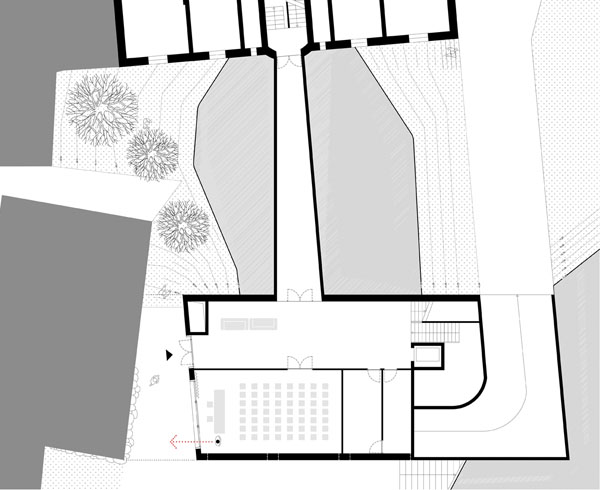 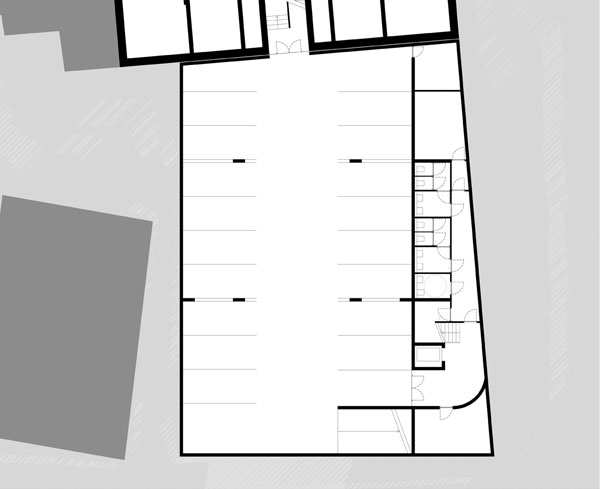 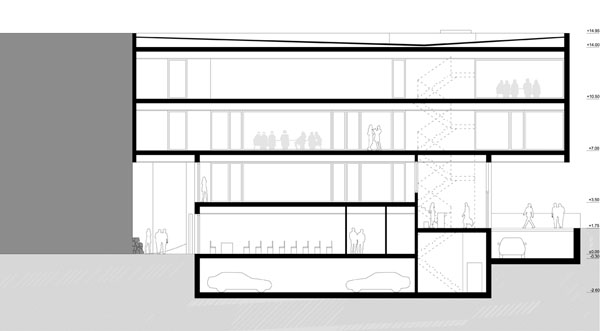 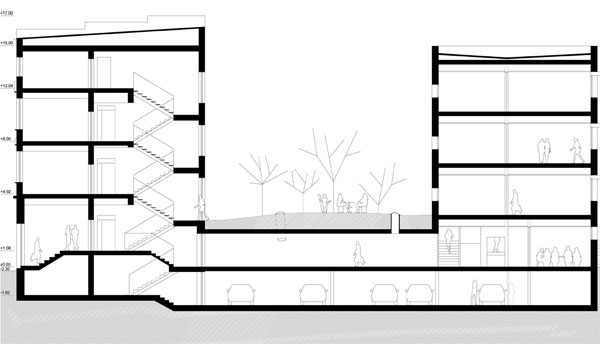 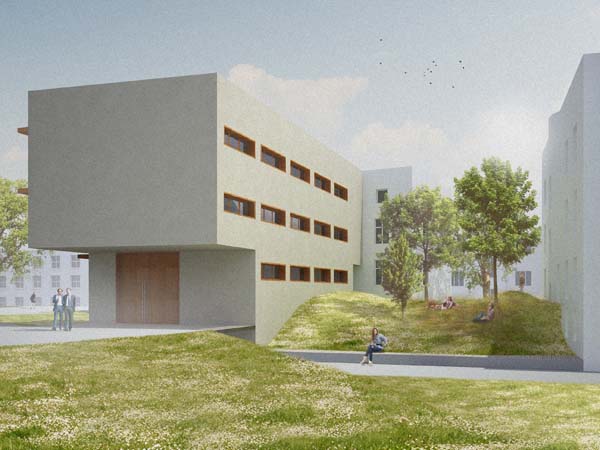