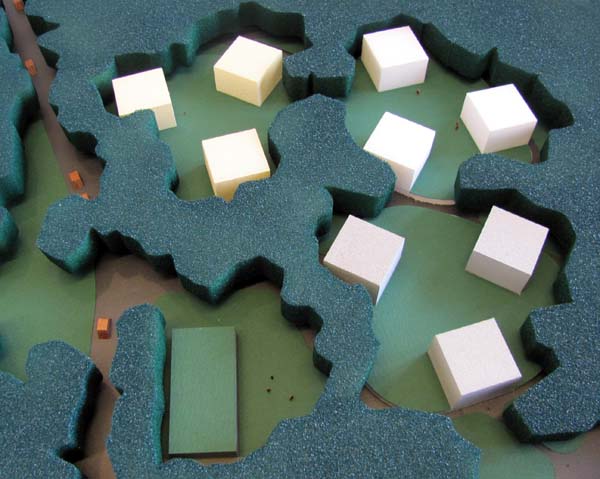 A unique localisation of the design site on the Great Island which consists of many important urban estates and villas as well as a rich green areas enhance for a subtle design approach of a future investment. A historical analysis of this district presents an autonomous character of many urban structures and housing estates that linked together through the Szczytnicki Park forms one of the most important value of contemporary Wrocław.

The idea of this design, related to multilayered urban layout of the new housing estate, refers to urban structures closer to the city centre (on the west side) as well as to the urban villas of Zalesie and Zacisze neighbourhoods on the other side. The third, also important element for the image of the future investment, is the centuries old trees of the Szczytnicki Park which nowadays clearly define open and close spaces in this green milieu. All these historical, landscape and urban conditions are reflected in designed building and site developments. The main design decision that describes a future character of this place is a natural continuation of the adjacent park and its connection with green areas on west and east sides. New buildings are designed in form of three units (nests) with circulation paths in between them complemented with an independent commercial zone. 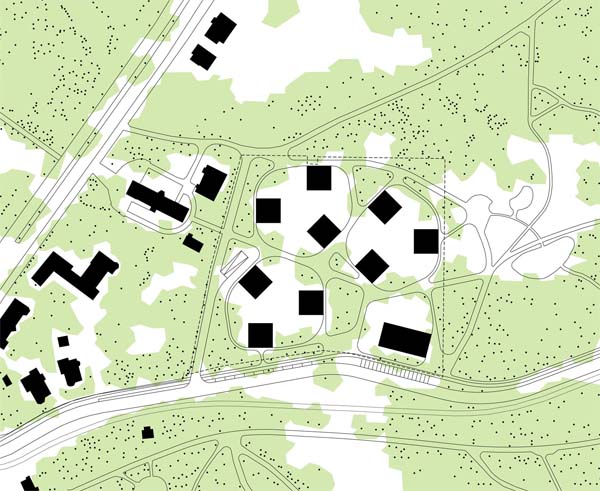 Furthermore proposed urban interiors are created especially by the surrounding high greenery with almost naturally defined clearings for housing. Each of the unit consists of three blocks of flats carefully positioned in order to provide all residents with the best sunlight and visual connection with surrounding park with mostly existing stand of trees. 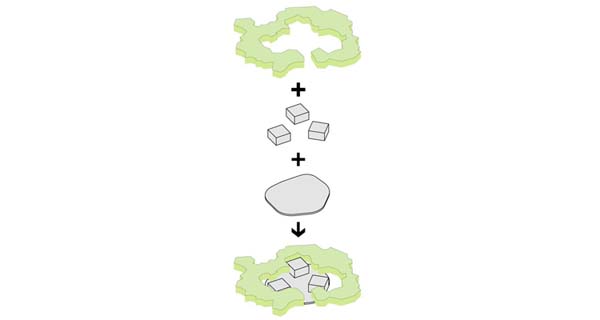 Proposed parameters of the investment like scale and size of the buildings as well as intensity and density on the site provides a considerable total residential area. Simultaneously an intimate and human scale of the estate is preserved thus the place becomes a pleasant and unique living space.

Historical documents describes the original plot as an open area without limited access and inseparable part of the park which nowadays from the visual and social point of view is very desirable (no fences, barriers). Thus the proposed layout of dispersed urban villas continue the historical character of the site but at the same time provides future residents with required level of security and adequate zoning of outdoor space. Slightly curved pedestrian paths characteristic for the residential areas of Zalesie district is directly adapted on the designed site creating clearly defined system of semi public spaces. It serves also as an access to the urban villas that have additional exits for resident to small inner gardens. 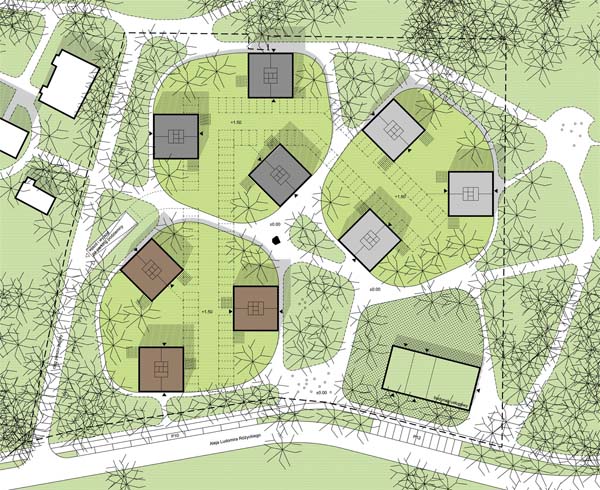 The semi public interior of each unit is designed in form of a raised platform of 1.5m above the level of surrounding public areas giving residents a sense of security and privacy and at the same time avoiding fences and social exclusion. Outdoor spaces assigned to the ground floor apartments are in form of wooden decks and rest of apartments have their large loggias.

As an addition to the housing estate there is an independent commercial building planned along the Różyckiego Alley that can serve for local community visitors of the park and district. As an independent building in terms of structure and program it has it’s own parking and adjacent open space possible to be developed according to its future function. The building is one storey high, accessible from all sides with green roof possible to be also used.

Designed groups of urban villas are finished with brickwork. Dark and sober tints of the brick create an elegant and noble architecture blended in the sourrounding greenery. The tints differ between units allowing for their visual identification. The material form the facades is naturally continued on the walls around platforms creating an interesting background for the outside public spaces between units. 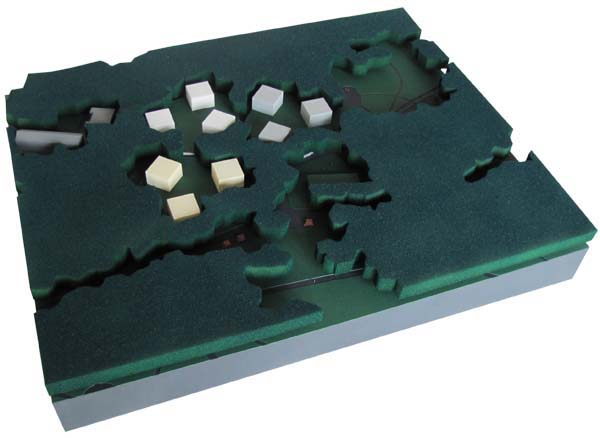