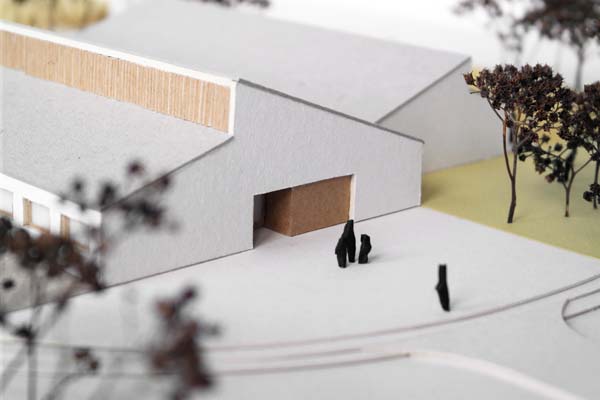 The shape, structure and landscape of the site for the new kindergarten in Chudów are implicated by the several important elements of its context. First for all a separate building does not create a kindergarten itself, thus it requires the complementary outdoor zones necessary for its operating. Secondly, the planned kindergarten is located on a very large communal plot, which currently is a cultivated meadow. There is a lack of any urban structure on this agricultural area, neither any future investments are planned in the neighbourhood. Thirdly, the plot is located among recently built single-family houses, based on the typical projects, and because of the lack of masterplan, the houses are scattered along the local street and the vast majority of them are covered with sloping roofs. Another important factor it the third category of mining damage, which involves additional restrictions related to the design of functional, spatial and structural layout of the future facility. In addition, the planned kindergarten should house four aged groups of children, however the design must foresee the possibility of execution in a future of an additional department without inconvenient interference in the existing building and its surroundings. 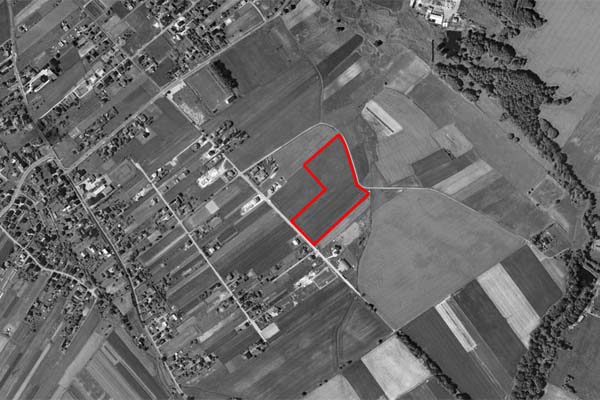 All these assumptions, restrictions and requirements of the future investment have been taken into account and materialized in the proposed building and its surrounding landscape. The layout of scattered islands with defined landscape act as a recreational and learning areas belonging to the kindergarten. The biggest one – a centrally located oasis – consist of the kindergarten building together with adjacent functions. This island is linked to the main street along which there are parking places for employees and parents. 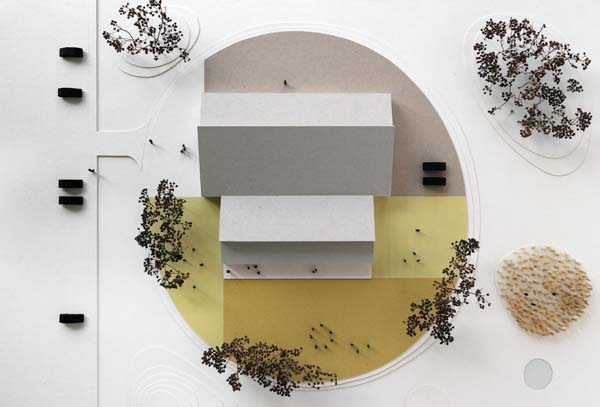 The main program of the building is located around a centrally placed multifunctional hall which enables for internal circulation, but also can serve for larger events or children activities. The south-eastern part of the building is designed as a sequence of four classrooms with their sanitary and storage facilities with possible further extension towards north-east side with the same spatial layout as the others. The opposite side of the building houses administrative and technical zones with office rooms, a kitchen area with its storages and social facilities as well as technical and boiler rooms. A cloakroom for children with a room for strollers are located close the entrance area. An additional play area for children is provided above the cloakroom room, taking advantage of a sloped roof which allows especially for additional upper lighting the classrooms and inner lobby. 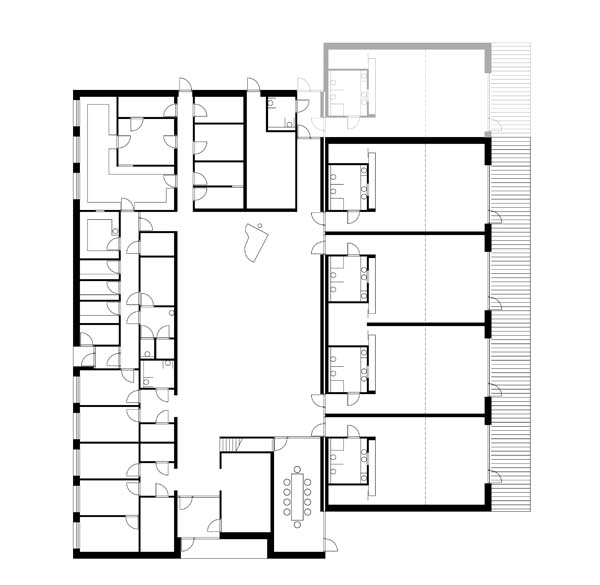 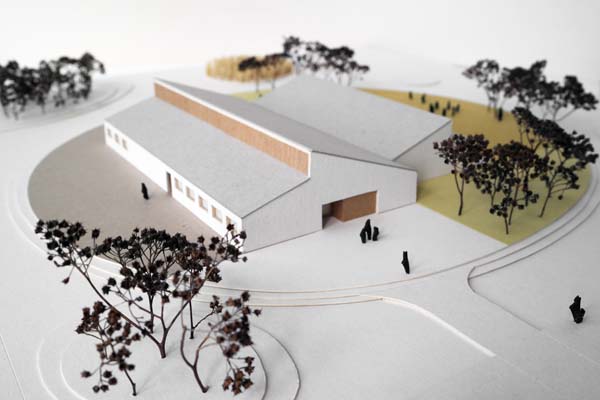