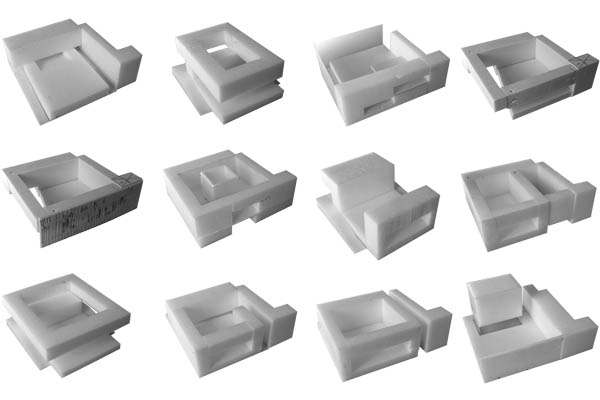 The new building of the Polish Embassy in Berlin is strictly defined by the local urban structure.  Continuing the northern façade of Unter den Linden according to the existing layout, a new internal open space is defined by south and east wings of the planned development. The internal space raised to the first floor level is conceived as a reception garden. Due to its form and direct connection with a building the garden becomes a natural extension of the embassy. Protected from noise and hectic life of Unter den Linden offers its quiet and at the same time thanks to its large size can also act as an additional cultural catalyst of social life in Berlin. 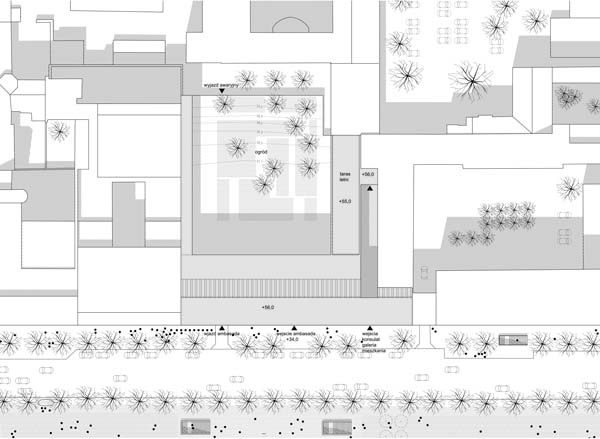 The most important and most representative program of the embassy is located along the avenue while the orthogonal wing houses rest of the functions like Consular Department, apartments and guest rooms. Due to proposed layout along the east border of the plot an additional open space in form of a small “street” is designed which provides an access to the independent functions of the embassy and becomes at the same time an interesting urban space.
Thus an exhibition gallery located in the south-east corner is given by the additional outer space that can be used for public exhibitions. Along the western gable wall a technical wall is previewed. It encloses the open space of the block and is connected to technical rooms and parking level. 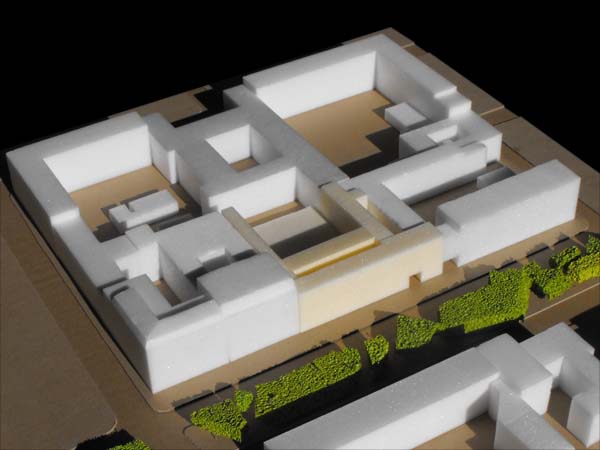 The main entrance directly connected with embassy’s lobby is designed from the city façade of Unter den Linden. In the vicinity of the entrance there are located the necessary service facilities such as security rooms, wardrobes and locker rooms etc. Second important opening displayed on the front façade follows to the internal “street” with an access to the consular zone, gallery and independent staircase to the residential part of the complex.

First floor of the new embassy building conceived entirety as a representative and reception space is accessible from the main lobby through the elegant spiral stairs. This double height space refers to the historical piano nobile and is directly connected on its full length with the garden dispersing the limit between inside and outside. On the opposite side of the room the space flows through the perforated façade into the public space of Unter den Linden creating an ambience of infinite openness and linking all free zones of garden, reception and city.

exemplary arrangements of the reception hall 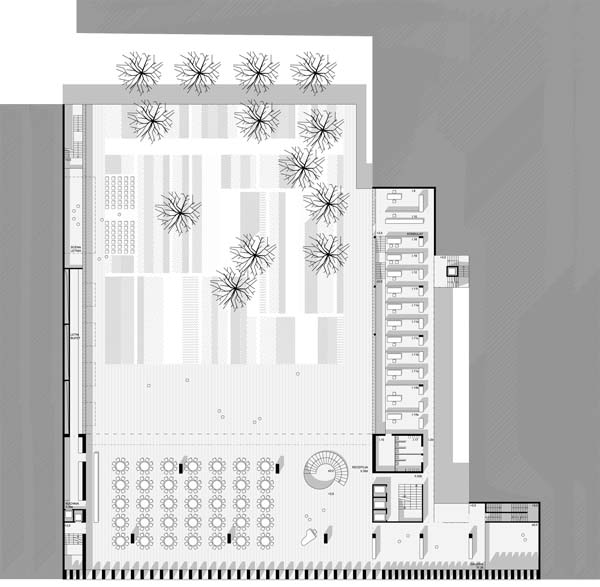 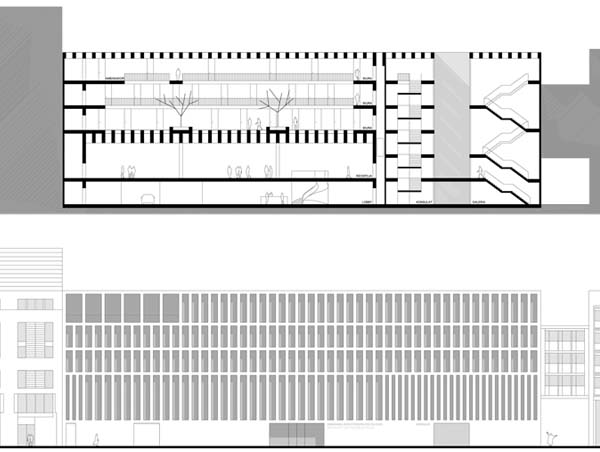 The top three floors of the of the new Polish Embassy in Berlin consist of office spaces in the southern part and residential zone in the perpendicular wing. The office zone is designed around the internal atrium lit by the natural light through the glassed roof. The modular rhythm of the windows associated with the structural system and internal arrangement of the office spaces allow for future changes in the office rooms’ layout 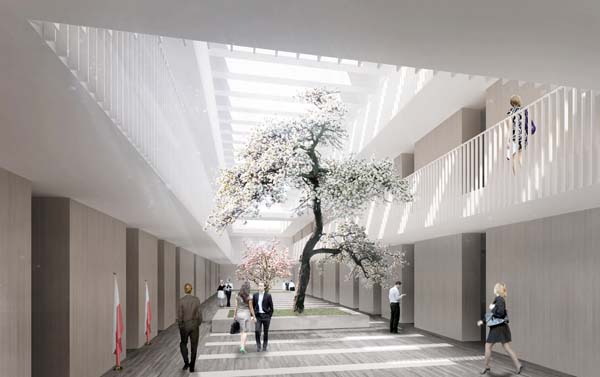 The thickness of the south façade plays an important role in the natural protection against overheating of the inside spaces. Vertical elements limit the direct sunlight during morning and afternoon hours while horizontal ones block the direct sunlight around the noon. The glass to façade areas ratio is 47.5% which fulfils the masterplan regulations 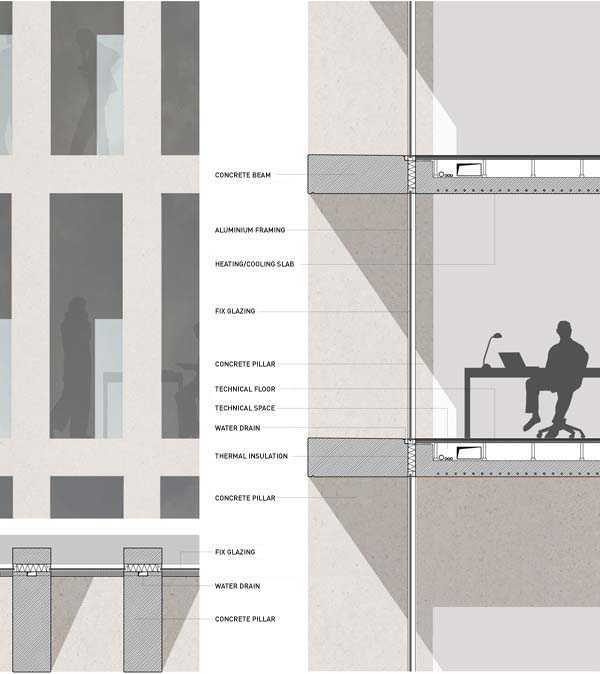