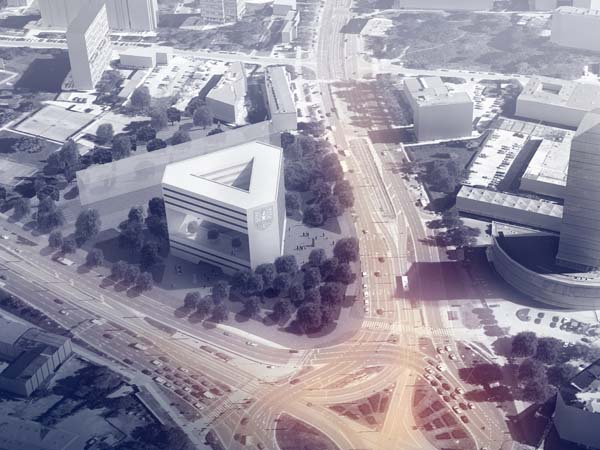 The new Regional Hall in Cracow is a future landmark of the Małopolska region. Located in the heart of the city is supposed to meet the local zoning conditions and to represent a modern and democratic institution which is always open for its citizens and potential users.

The new building adapts itself to the existing urban structure but at the same time creates a new image of this district trying to redefine and improve the current situation as a representative building centrally positioned and open on three sides towards surroundings and greenery. Due to the representative and public character the building and a relatively large surface of the plot available for future investments, additional office building with underground parking located on the north side is also proposed. 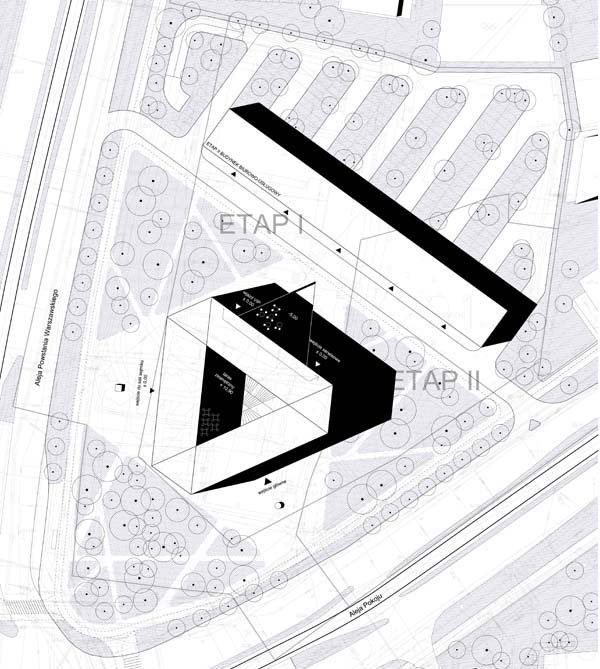 The spatial structure of the new Regional Hall is derived from the urban context and strict conditions included in the zoning approval. The form consists of three arms connected by technical and vertical circulation cores that create together a compact volume based on the triangular layout with internal atriu. 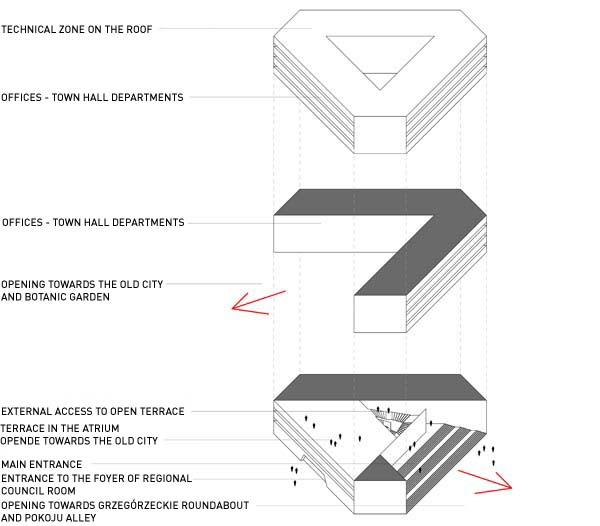 The arms of the triangle define three main entrances to the building assigned with surrounding alleys and future car parking as the most important generators of pedestrian and vehicular traffic. On the third floor level there is an external, partially covered public square with panoramic view to the nearby Botanical Garden and old town. 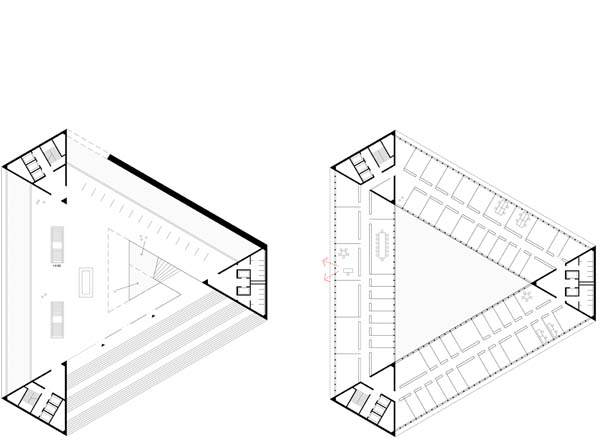 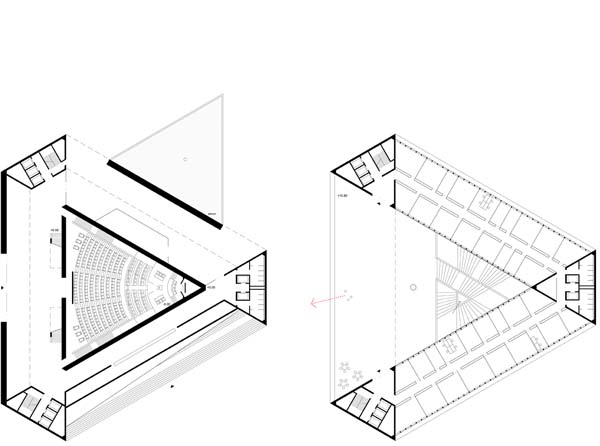 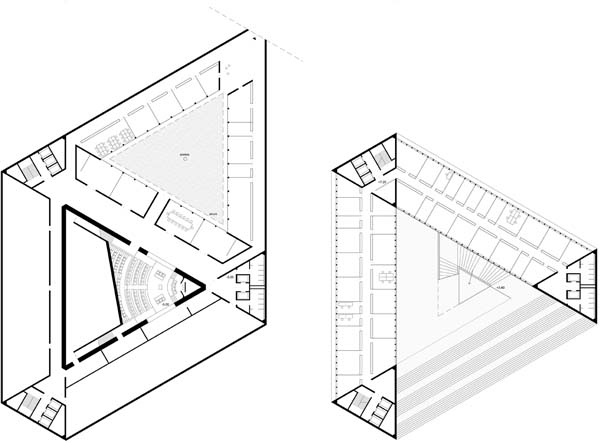 Main lobby is located in the central part of the building at the level +1 and linked to the foyer of the council hall and VIP driveway. The heart of the lobby is a skylight combined with an external staircase leading to the atrium that allows visitors for direct insight to the council hall.

Regional council hall with adjacent service and foyer is designed on the ground floor and underground level. The other floors of the building create an office zone designed as the arms of  the triangle. Modular rhythm of the windows associated with the structure and system of light office cabinets allow for relatively easy and inexpensive changes in spatial configuration on every floor.

Dimensions of glass façades are assumed precisely for efficiency in natural light as well as for   required energy management. The horizontal belts of windows of fixed height and their position enable important energy savings during cold days and desirable protection from direct sunlight during summer time. Also windows’ position on relatively large depth to the façade act as a natural sunscreen. The outer walls previewed in prefabricated panels finished with thin layer of local limestone emphasize the identity of the building in the Małopolska region. 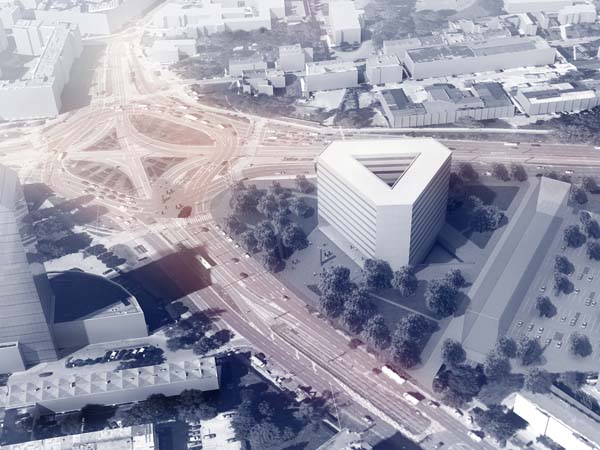