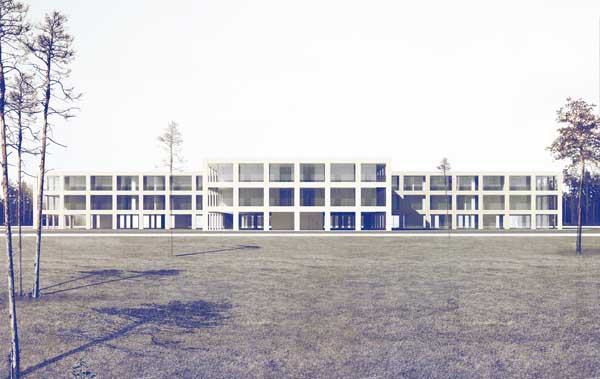 The site of this project is located in the suburban zone typical for Polish and western Europe cities. There are no clear zoning regulations and growing urban tissue together with its road system are chaotic. The new Science and Technology Park is one of the key investments for the the City of Opole and at the same time a possibility for designers to define a local landscape. Therefore the idea of this design is to create four independent buildings that due to their characteristic spatial, formal and landscape concentration can enhance future users of the Park for integration and exchange of knowledge. A common space required by the client is defined here first of all by the layout of the independent buildings that form together one complex with clear centre regarded as a zone of integration.

Each of four buildings in the Park is an independent unit with its own parking zone. But together they create an additional value in form of the common space. Furthermore the real execution and sheltering of this central space which is planned as a fifth phase of the investment is not an indispensable element for functioning of the whole complex. Taking into account the limited spatial influence on the surroundings the planned investment it is assumed that the entire Park forms an autonomous urban structure and simultaneously a recognizable place in Opole. 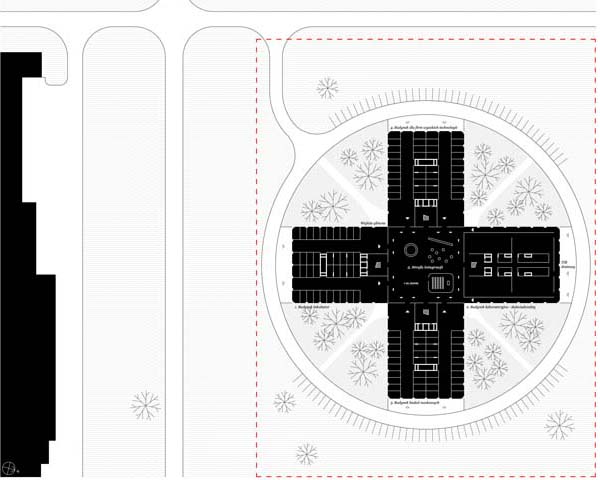 The proposed office buildings are designed as a specific structural and spatial frameworks to be adapted by future users. The design is limited to the necessary structural system with common circulation and layout of vertical shafts. All four units are provided with balconies which play double role. Independently from development phases they are outdoor passages allowing in summer time for fast circulation between buildings and offices, but also act as an additional space of integration for employees, a place for short breaks, contact with nature. The balconies work as sunscreens as well – properly filtering the natural light and during the summer period protect office spaces against strong and direct sunlight. 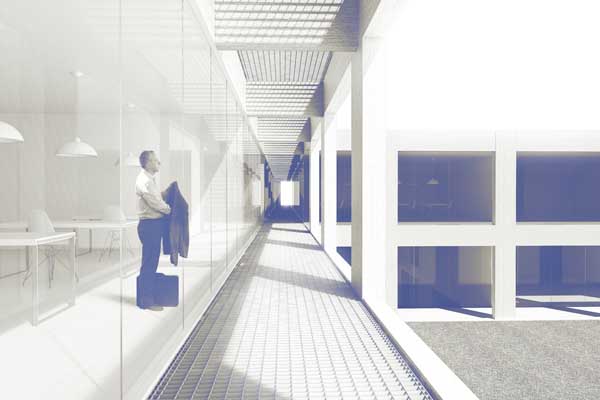 Assumed structural system of the buildings is unified for all units and previewed to be highly prefabricated. According to the technical and science function of the Park which is regarded as a future regional centre for innovations it is proposed to use a modern timber structure due to ecological and technical features of wood and its complete biodegradability in a future. The structure of each building consists of a concrete core for circulation and infrastructure joined to the system of wooden pillars, beams and slabs 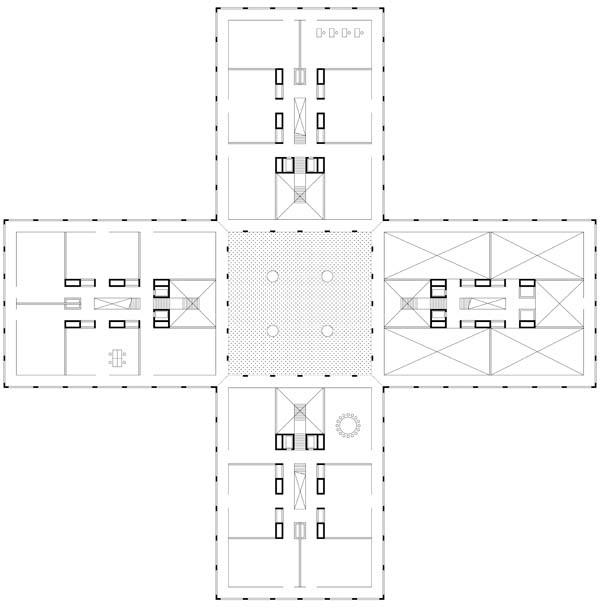 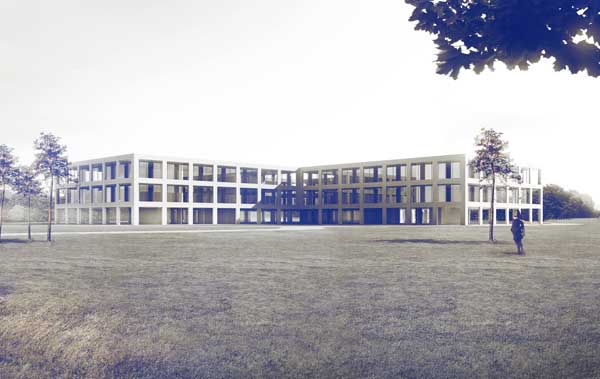