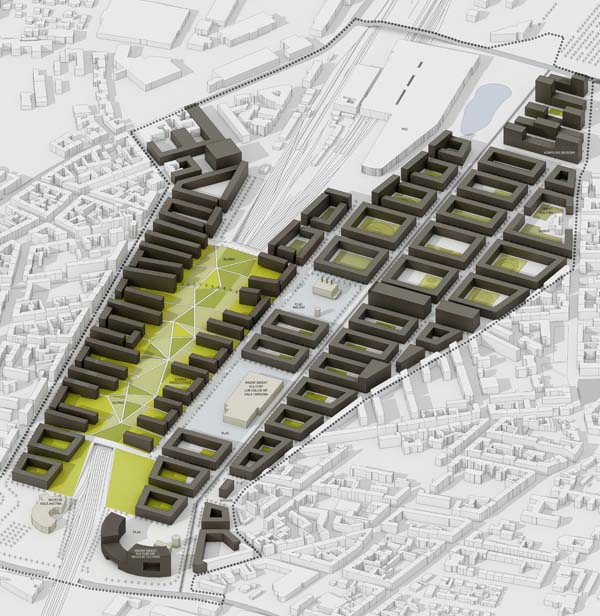 Currently used design tools for urban planning are no longer sufficient for shaping the harmonic and sustainable modern city. Therefore, the designed urban structure can not be based on a traditional urban theory that assumes creation of a hierarchical urban tissue, neither on functional models of modernism that assume clear zoning of space and typologies. 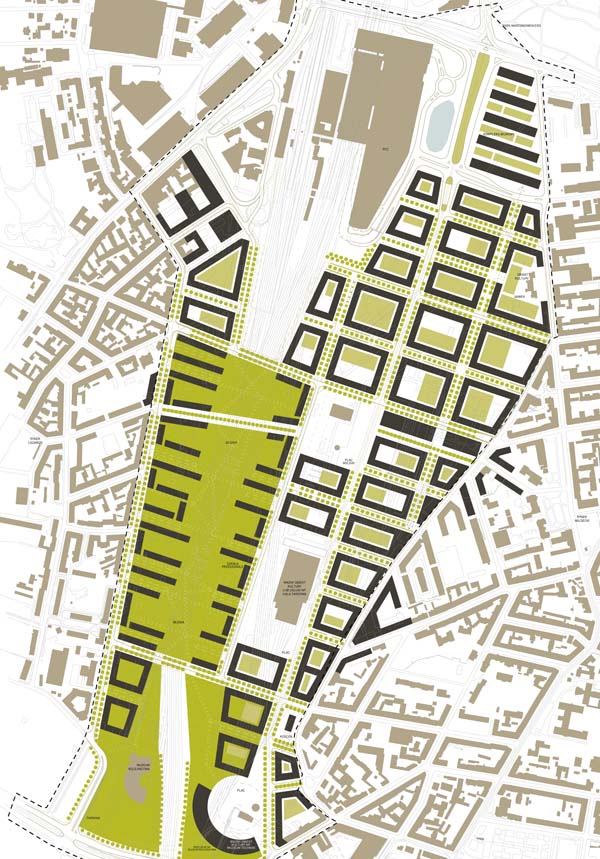 A structure more adequate to the existing problems and more coherent with contemporary urban planning appears rather as a set of independent layers or nodes of network that are linked together and form city layout. The assumed strategy directly refers to the urban theory proposed by Richard Sennet. This American sociologist and urban planner presented the hypothesis of an open city where the traditionally conceived masterplanning is replaced by seed planning, where specified urban generators act as catalysts for all kinds of activities and functions, regardless the forms they can take. 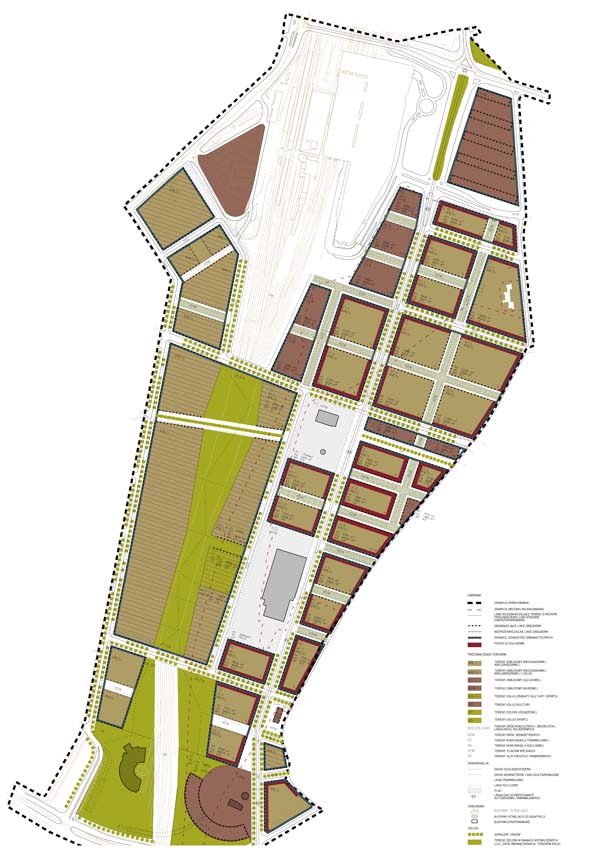 According to the assumed solution, the main aim (however not sufficient to define the urban layout) is to build a new structure basing on elements with a significant urban impact for their neighbourhoods. So the basic target is to develop the obstructed part of the city taking into account the principles of sustainable development and paying particular attention to the multifunctionality of the proposed spatial solutions. It is necessary to integrate the designed tissue with an existing urban layout of the city as well as to ensure the right connections with the city center. 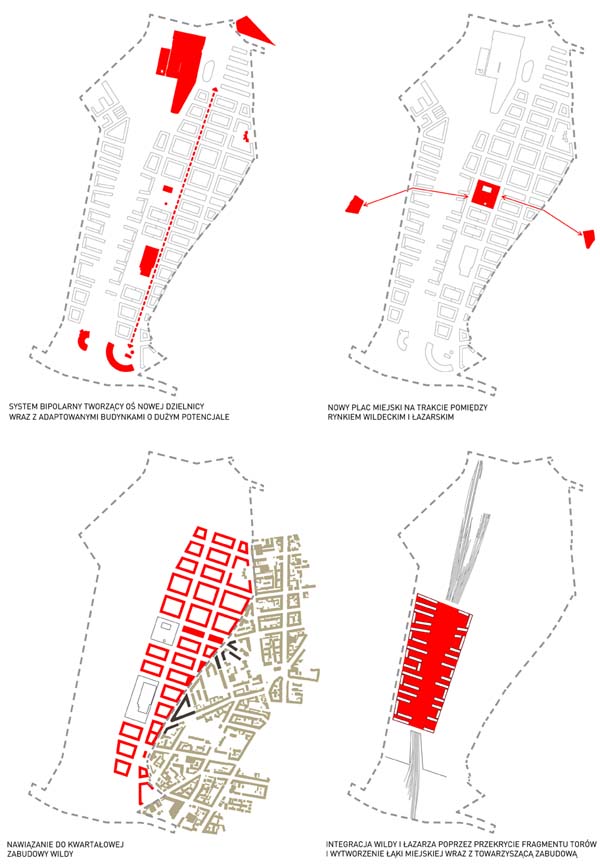 A very attention is paid on integration with the Wilda district and connection with and existing network of roads, pedestrians and bicycles paths with the Łazarz district through a proposed cover of the railways. The planned system assumes preservation of an existing industrial architecture and it’s appropriate exposure through the proposed layout of new building mass. These objects have a chance to become an important elements in defining a new identity of this area. 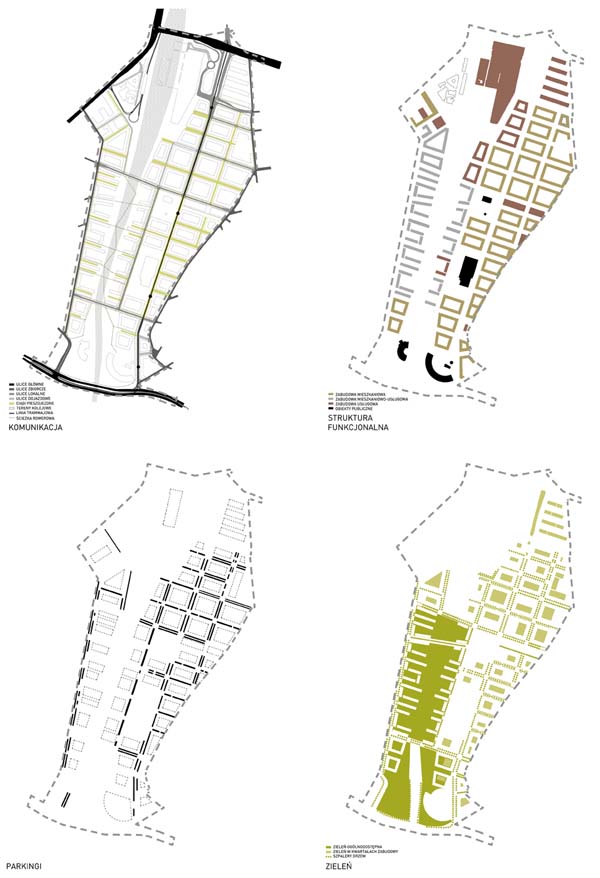 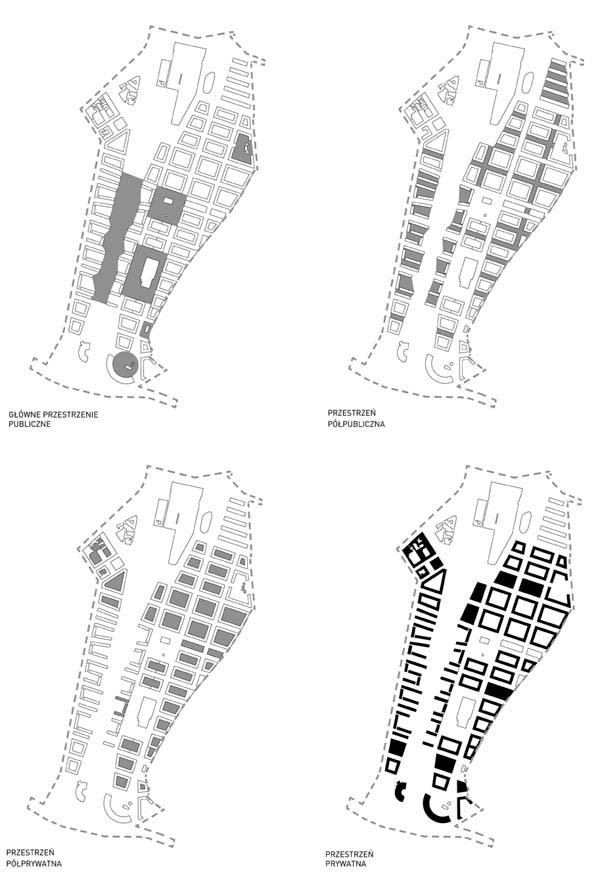