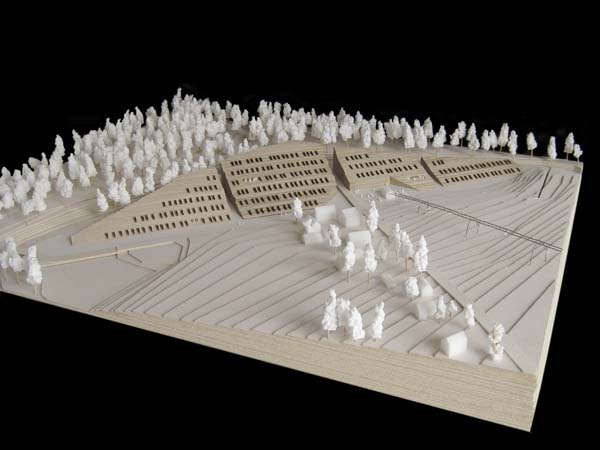 The design of a holiday resort in Istebna is an attempt for embedding a relatively vast hotel with services in the existing landscape. A recreational and sport character of planned development, its localisation on the bottom of the ski slope, a southern exposition, an access to the site and proposed phased execution are the main elements taken into account in the design of proposed structure and form of buildings. 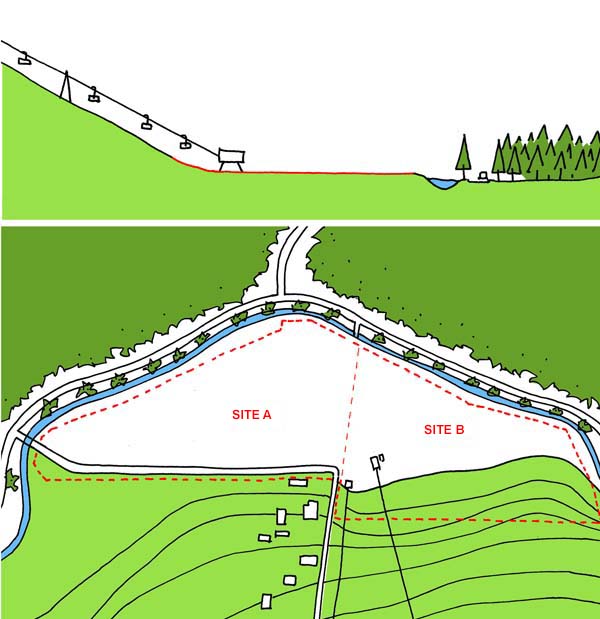 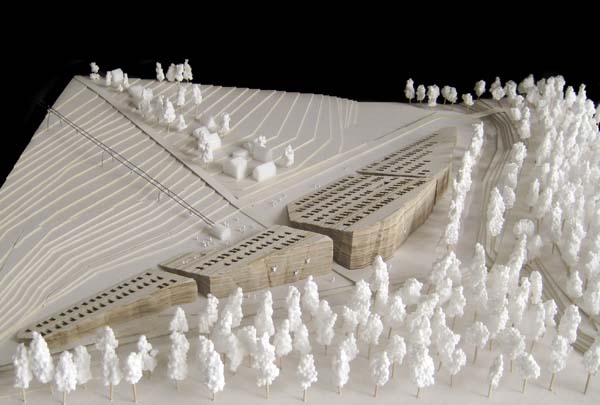 Designed buildings consist of terraced apartments that appear like a green slope opened towards the Złoty Groń hill and natural sunlight. The rest of the (vertical) façades resembling natural rock walls are proposed for hiking and other similar extreme sports. A few levels under the apartments are for parking and additional service areas mainly located on ground floors. The resort offers 290 hotel rooms, 730 parking places and 4200m2 of additional commercial facilities. 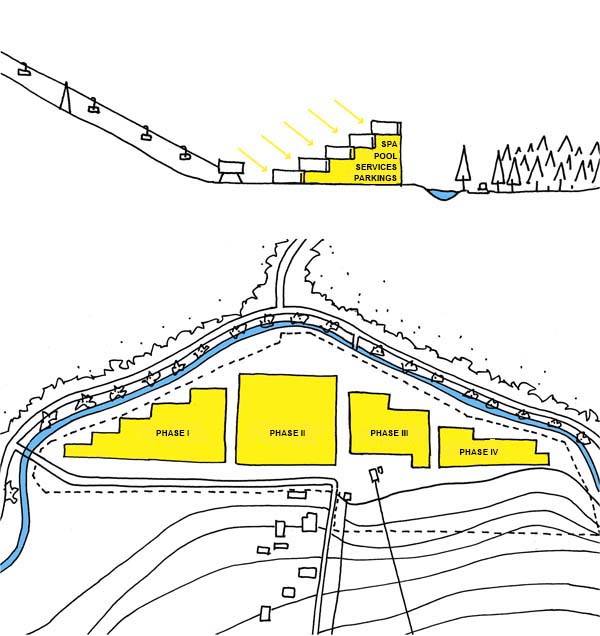 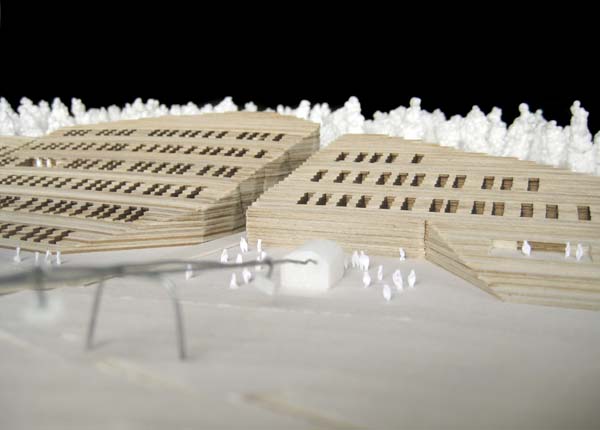 Design of planned investment in form of an artificial landscape is from one side a search of an interesting and unusual image of the building that could attract visitors and from the other side an attempt of tactical insertion of a relatively large investment in the natural landscape of Olza River valley. 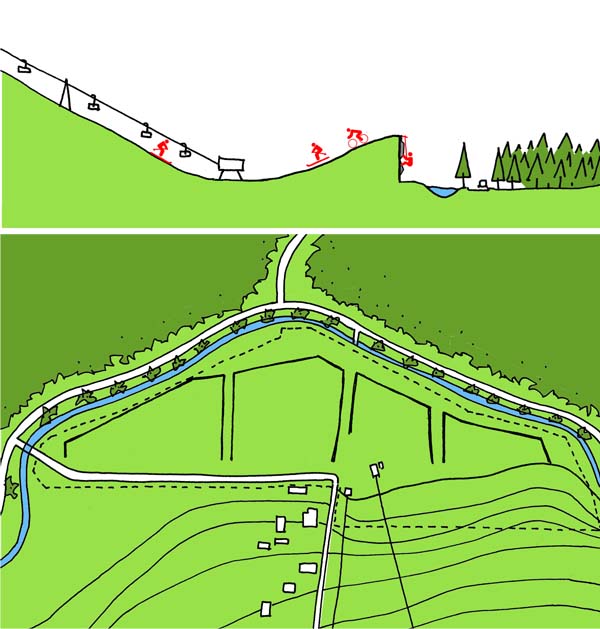 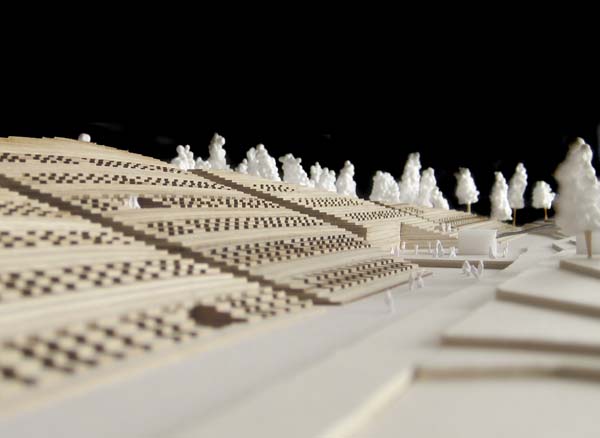 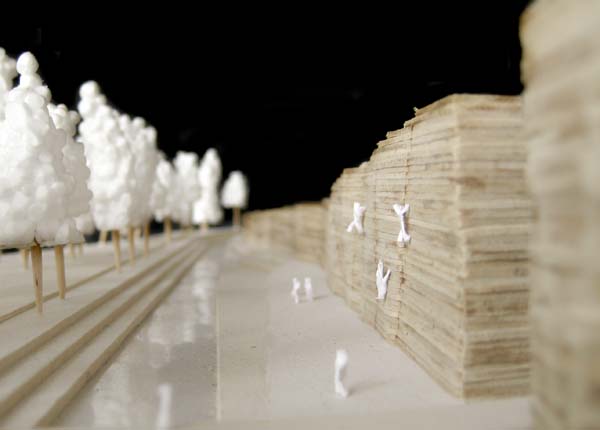 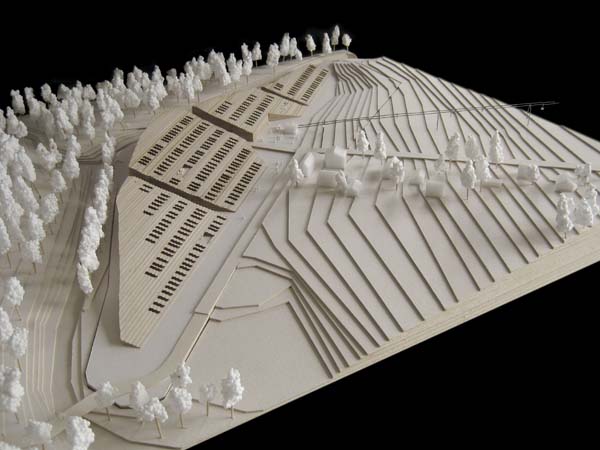